The people and teams behind our research.

After a short post-doctoral research period with Mark Meuth at the Institute for Cancer Research, Sheffield, UK, he obtained a lectureship at the same institute and set up his own group, with an interest in homologous recombination at replication forks in mammalian cells. At the same time, he maintained grants and a position at the Stockholm University, allowing his group to continue research at the Department of Genetics, Microbiology and Toxicology.

Thomas Helleday became professor at both University of Sheffield and Stockholm University in 2006, prior to be recruited as MRC Professor of Cancer Therapeutics at the Gray Institute for Radiation Oncology and Biology at the University of Oxford, Currently, Thomas Helleday is the Torsten and Ragnar Söderberg Professor of Translational Medicine and Chemical Biology at Science for Life Laboratory, Department of Oncology and Pathology, at the Karolinska Institutet Science Park in Stockholm. He has won numerous prestigious prizes including the ERC Advanced Grant Award twice 2010 and 2016, Cancer researcher of the year 2016 by the Swedish Cancer Society, Erik K Fernström Prize in Medicine 2014, Göran Gustafsson Prize in Medicine 2013, Skandia’s Lennart Levi Prize at Karolinska Institutet 2012. In the summer of 2018, he simultaneously has joined the Sheffield University at the Department of Oncology and Metabolism for the establishment of a new cancer research institute. The current focus in the Helleday laboratories is understanding and exploiting altered nucleotide metabolism and DNA repair at replication forks for novel anti-cancer and inflammation therapies. 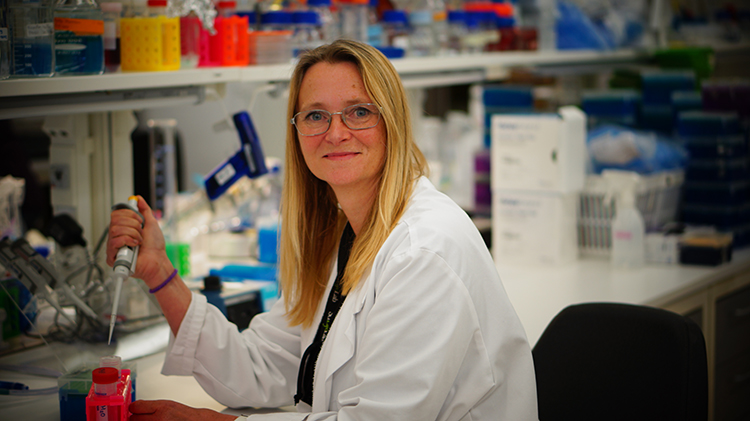 Education
1996, Master of Science Biochemistry, Uppsala University, Sweden
2002, PhD in Biochemistry, Uppsala University, Sweden
Employment
Team leader, project leader and Principal Researcher at the Department of Oncology and Pathology, Karolinska Institutet, Sweden, Jan 2018-present, Laboratory of Professor Thomas Helleday
Team leader and Researcher at the Department of Medical Biochemistry and Biophysics, Karolinska Institutet, Sweden, July 2012-Dec 2017, Laboratory of Professor Thomas Helleday
Assistant Professor at the Department of Genetics Microbiology and Toxicology, Stockholm University, Sweden July 2005 – June 2012, Laboratory of Professor Thomas Helleday
Director of the Graduate Research School in Gene Expression at Stockholm University 20 %, July 2006 – December 2010
Post-Doctoral Research Associate at the Medical Research Council Laboratory Molecular Biology, Cambridge, UK, 2002- 2004, Laboratory of Professor Philipp Holliger
Laboratory teacher 20 % at the Department of Biochemistry, Uppsala University 1997-2001
Research Interest and Expertise
Enzyme assay development, enzyme kinetics, drug discovery, protein expression and purification, structural biology, understanding of enzyme function
Who am I?
I like spending time in the nature, walking, running, skiing or orienteering. I like singing and spending time with my family especially in our summer house in Dalarna.
Announcement
Would you like to perform a Master of science project in our lab within the area of biochemistry and drug discovery please contact me using annsofie.jemth@scilifelab.se. 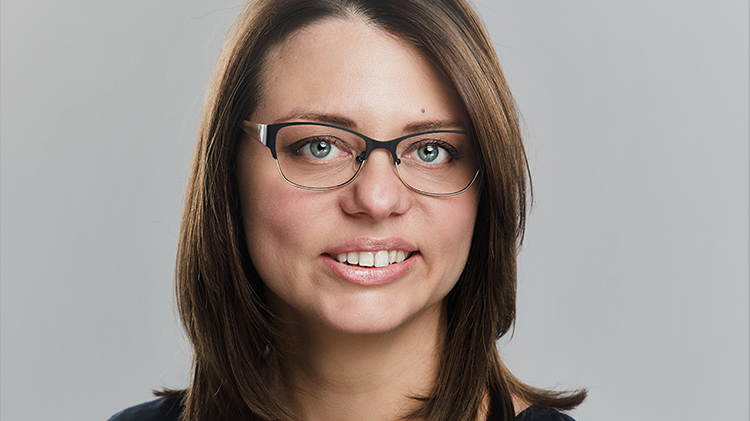 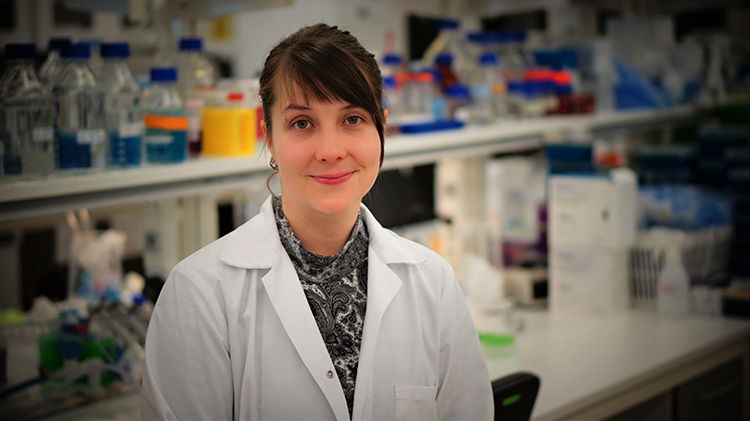 Education
2013-2016 BSc in Molecular Biology, Uppsala University
2016-2019 MSc in Cell and Molecular Biology, Uppsala University
2017-2018 MSc in Biochemistry, Uppsala University
Since 2020 – PhD Student, Karolinska Institutet
Research Interests
Cell biology, Molecular biology, Cancer metabolism, DNA damage signaling, Drug discovery
Who am I?
I’m a cat enthusiast on my journey to become a crazy cat lady one day. In my spare time I like to play video games like Skyrim, Witcher 3 and Cyberpunk 2077. When not holding a pipette or a PS4 controller, I like to train in the outdoor gym, aiming to become a master in burpees. 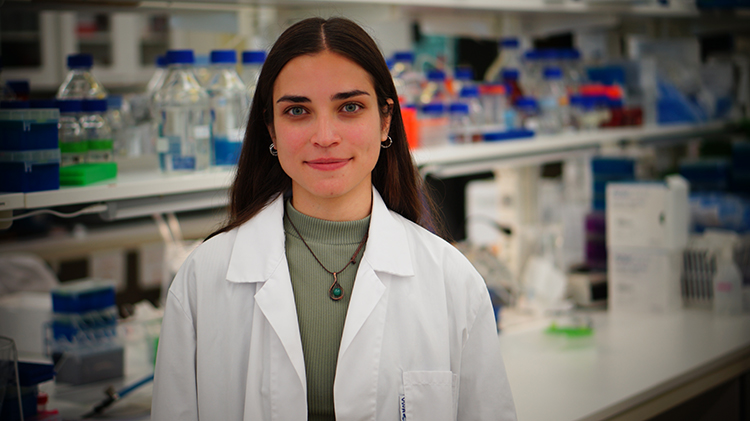 Education
Master of Science in Biochemistry, Stockholm University, Sweden
Bachelor of Science in Chemistry, University of Ioannina, Greece
Who Am I?
I enjoy hiking, painting, playing guitar, spending time with friends and travelling!
Christina Chalkiadaki, 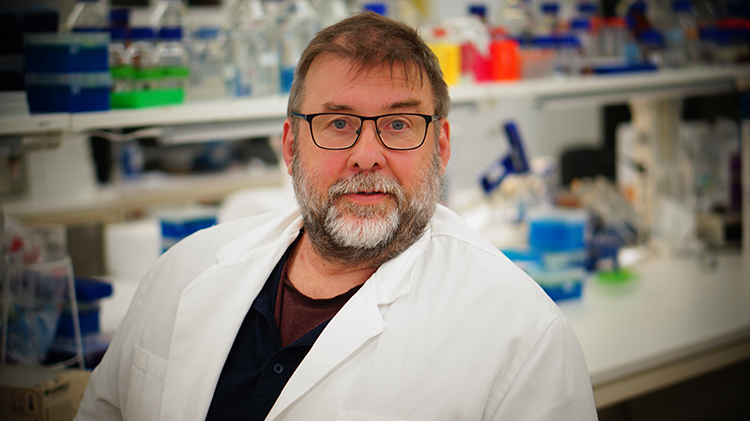 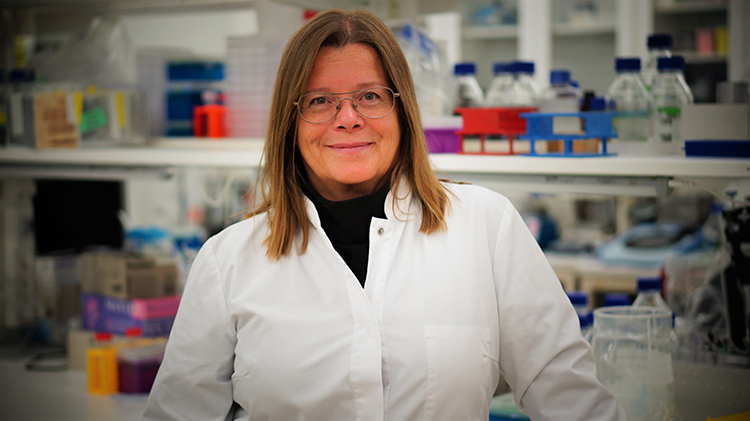 Experience
1989-2001, Research Scientist, Karo Bio AB
2002-2006, Laboratory Engineer, Biovitrum AB
2006-2010, Research Scientist, iNovacia AB
2010-2013, Research Scientist, Kancera AB
Since 2013, in vitro pharmacologist at Helleday Lab, SciLifeLab, Department of Oncology and Pathology
Education
1985-1987, University degree in human biology, Uppsala University
1987-1988, Basic course in chemistry, Stockholms University
1989, Degree in Molecular Biology, Stockholms University
Research activities
Assay development, screening and target development
GPCR, biochemical, biophysical and cell-based assays
Interests
I enjoy outdoor activities like playing golf in the summer and cross country or downhill skiing in the winter. I push myself every week to spend some time at the gym or go for a run.
At home I like to read, listen to podcasts, watch series or enjoy a nice dinner and a movie. I love travelling or just spending time with my friends, family and cats. 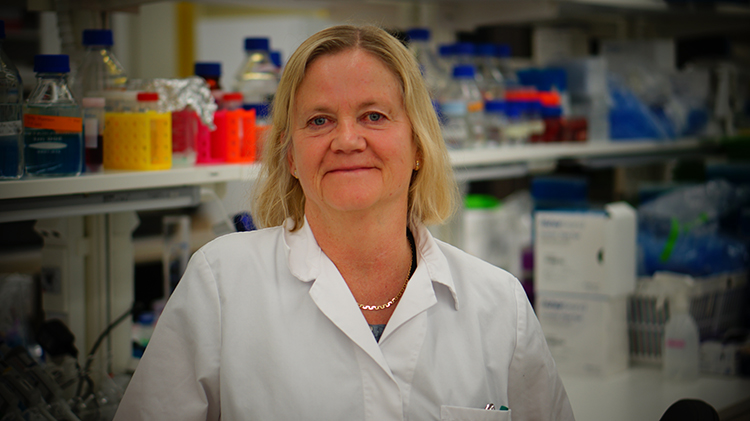 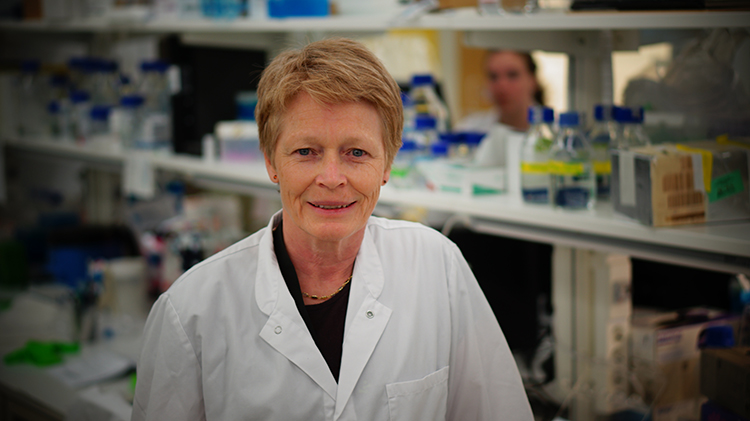 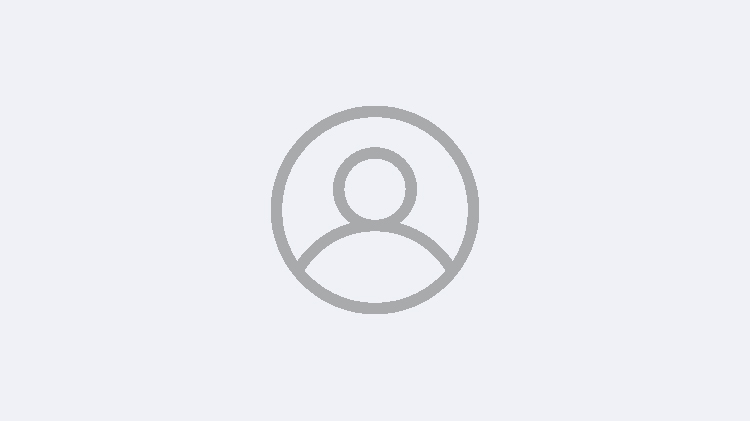 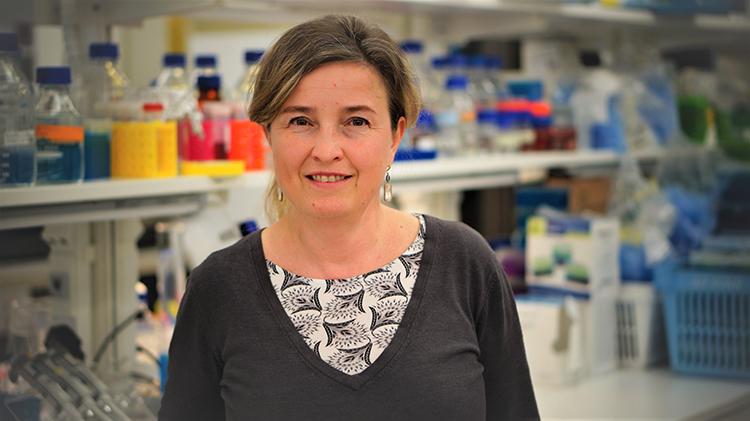 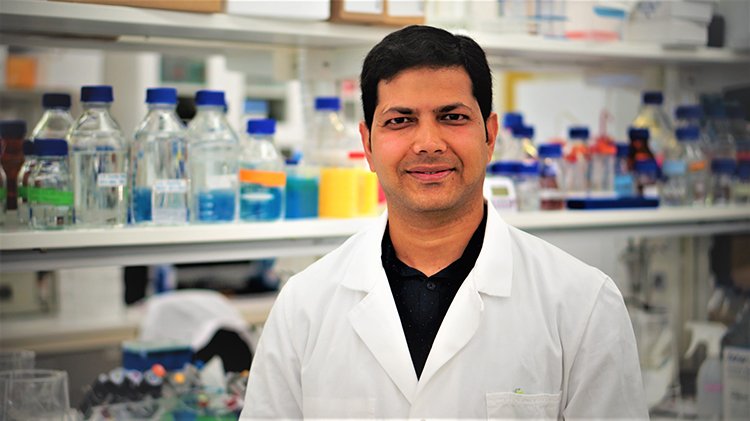 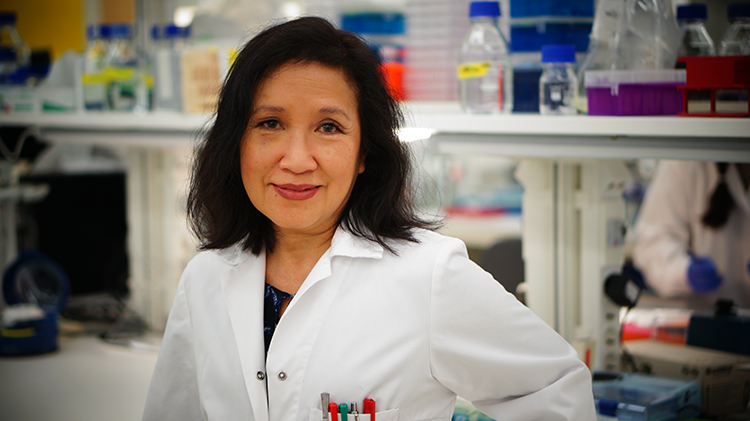 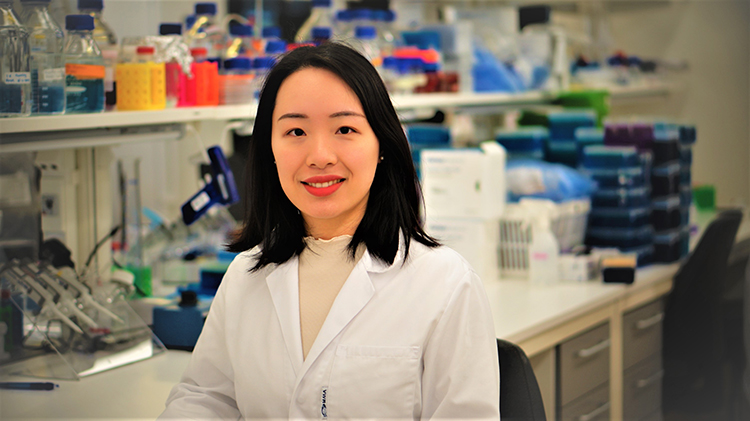 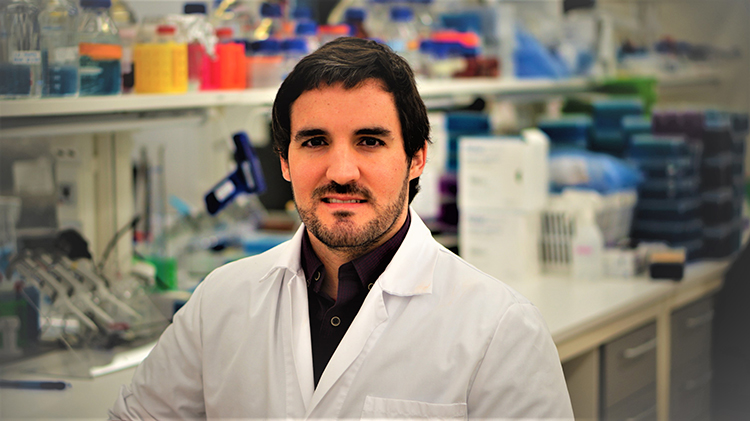 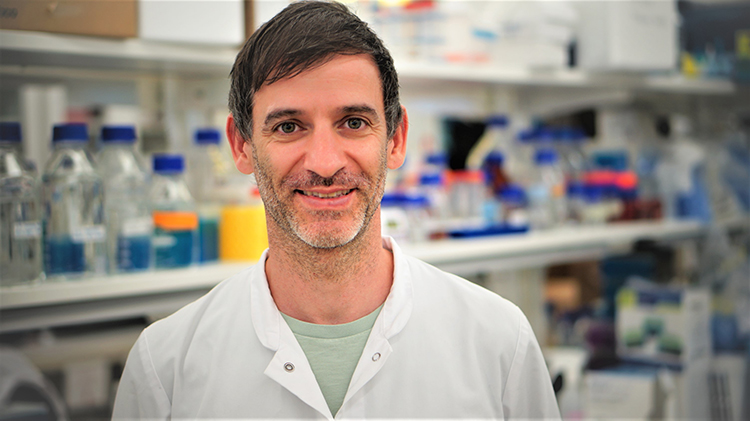 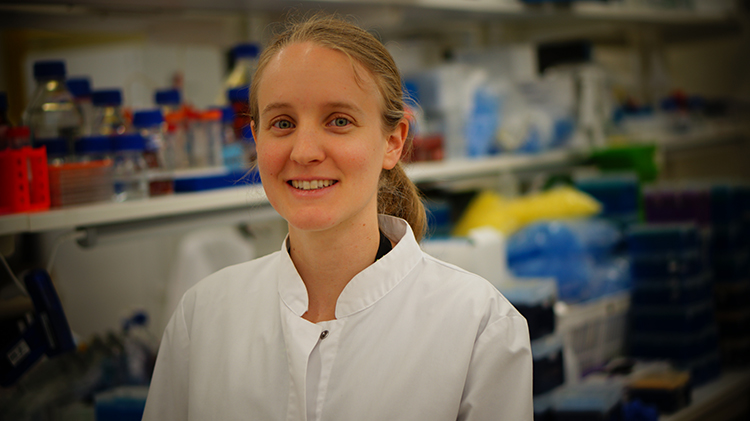 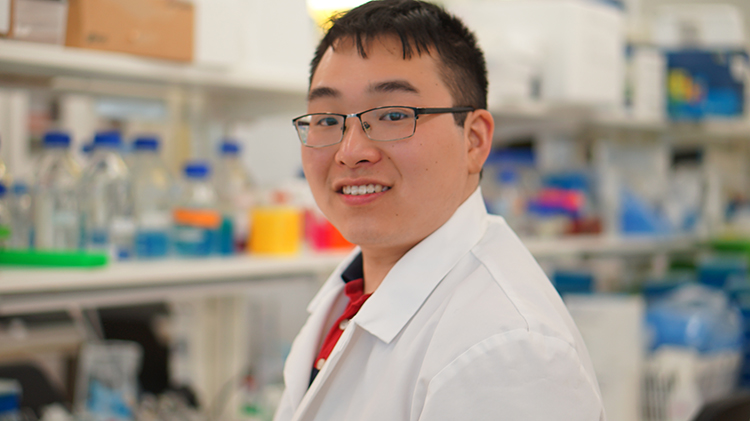 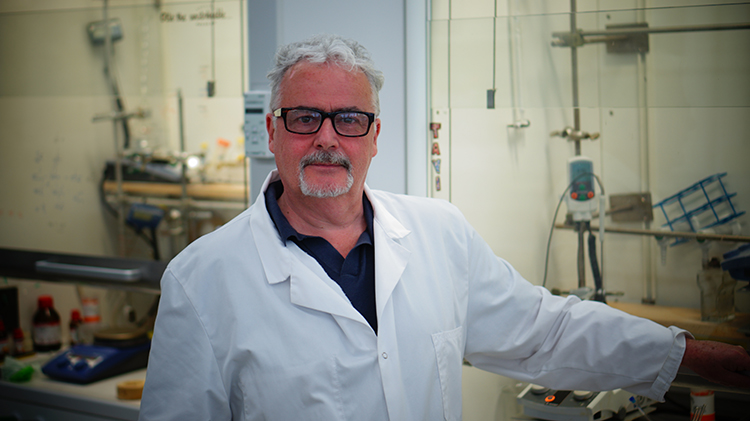 Education
After obtaining a PhD in Chemistry from the University of Edinburgh, I carried out post-doctoral work in Switzerland and the UK before going on to work in Biotech and Pharma in project leader and team leader roles (Oxford Diversity, Pharmacia, Biovitrum , Orexo). I met Thomas in 2010 and built up the current medicinal chemistry team working on novel targets in the area of DNA repair and metabolism.
Research Interest
My interests include lead-generation and lead-optimisation strategies as well as development of new synthetic methods.
Who am I?
I’m a keen fisherman and enjoy exploring Sweden’s wild places in pursuit of Trout and Grayling. 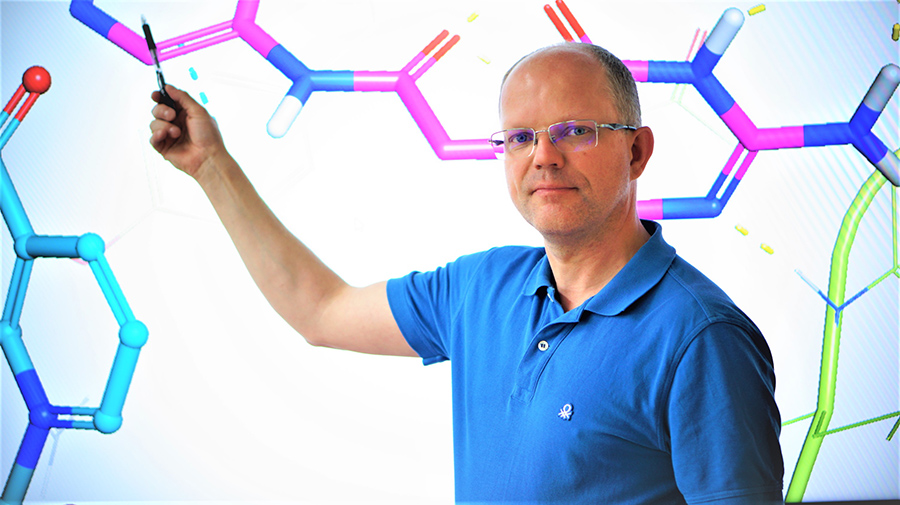 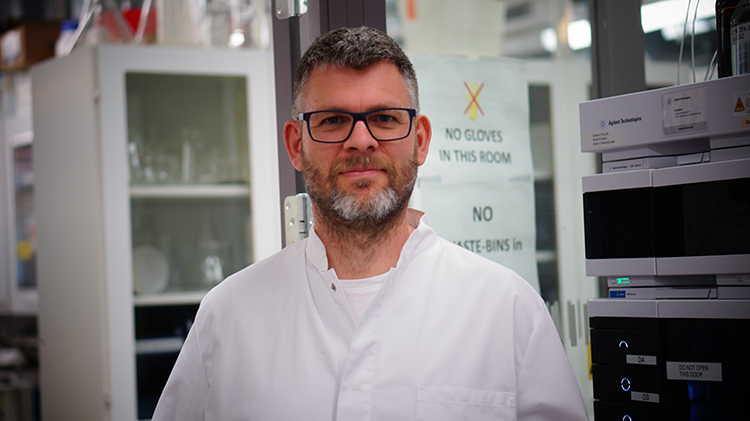 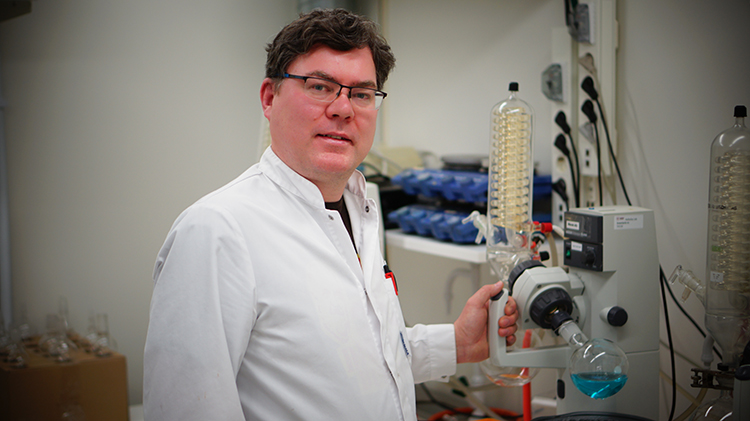 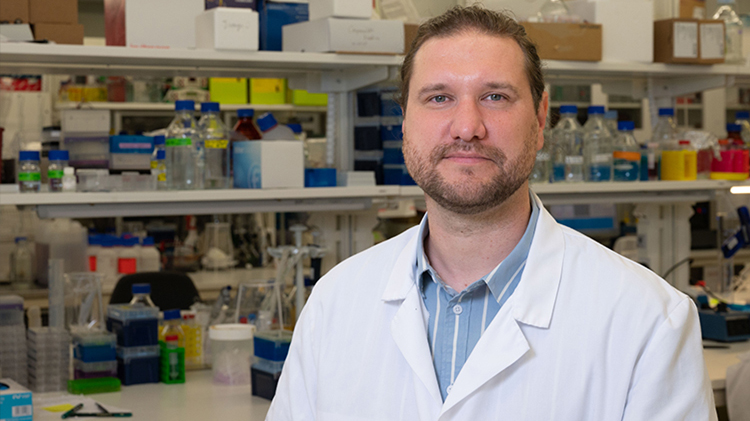 Education
2010, Bachelor of Science Chemistry, Clausthal University of Technology, Germany
2012, Master of Science Applied Chemistry, Clausthal University of Technology, Germany and Max-Planck-Institute of Colloids and Interfaces, Biomolecular Systems, Berlin
2017, Dr. rer. nat. Chemistry, Free University, Berlin and Max-Planck-Institute of Colloids and Interfaces, Biomolecular Systems, Berlin & Potsdam
2017-2021, Postdoctoral Researcher, Science for Life Laboratory and Department of Oncology and Pathology, Karolinska Institutet
Since 2022, Assistant Professor in Chemical Biology at the Department of Oncology and Pathology, Karolinska Institutet
Research Interest
Protein activation, Medicinal Chemistry, Computational Chemistry, Chemical Biology, Glycochemistry & -biology, Peptide chemistry, Structural Biology, Inflammation
Who am I?
I like swimming the lakes, rivers and shores of the world. So one of my hobbies is taking my running shoes or the bike and scout the area of Stockholm and Södermanland for a quiet spot to enjoy the water. During the long swedish winter nights, I prefer playing cooperative online survival games with folks from the Nordics. Alternatively, I also enjoy some cross country skiing over the endless tile counting in the local swimming pool. Number one in my life however, will always be my family. Nothing better than to snuggle up and watch “Friends” (which is a term for re-watching everything a 90s kid grew up with) for the thousand time.
Announcement
I am always looking for motivated students to help out in shaping the future of protein regulation. Are you a biochemist, biologist, data scientist or chemist? Whatever your expertise is, you get the unique opportunity to work alongside a world class Drug Discovery Team and interact with colleagues specializing in chemical biology and biochemistry. Get in touch today and find out more about possible internships and thesis projects at maurice.grube@scilifelab.se. 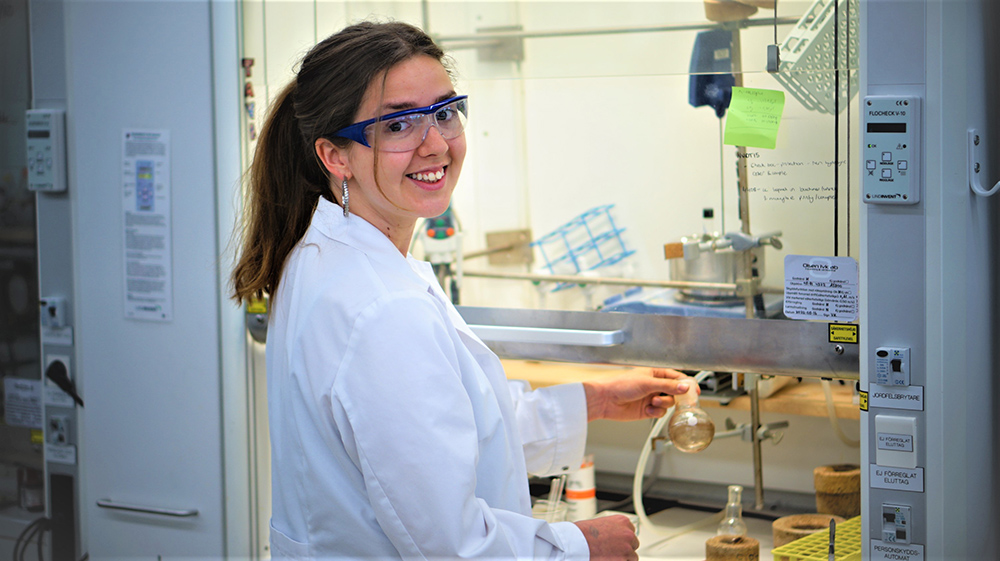 Education
2018 – 2023 (expected) Integrated master’s in chemistry, University of St Andrews, Scotland
Research Interest
Medicinal Chemistry, Organic Synthesis, Chemical Biology
Who am I?
I’m a keen hiker, skier & runner, so much so that I am currently training for the Stockholm Marathon in June! I love to spend time exploring Sweden whilst plugged into a podcast, usually crime-related or something to do with politics. I also enjoy brushing up on my rusty German and even rustier Swedish with my Supervisors!

Education
2017-22 Medicinal and Biological Chemistry (MChem) Student at the University of Edinburgh, Scotland
Research Interest
Organic Synthesis, Medicinal Chemistry, Analytical Chemistry
Who am I?
Outside the lab you’ll find me exploring the parks, museums, and cafes here in Stockholm, making time for some bowling and shuffleboard in between. During winter I love to ski, whilst in the summertime it’s tennis games and swims outdoors. A typical Friday evening involves an intense board game (my favourite being Cthulu wars) with the other chemists. My ideal weekends involve meals with friends, a gritty or dramatic film and a good novel to read in the moments between. I guess you’d say I like to dip my toes into every pond, including the Stockholm lakes in summer!

Education
2018-2023 (expected)  MChem in Chemistry at St. Andrews, Scotland
Research Interest
Organic chemistry, physical chemistry, computational chemistry, evolutionary biology, chemical biology
Who am I?
I am a keen badminton player and take part in as many competitions as I can fit in! I also love running and fitness in general, especially in the summer sun. I am big into music, particularly, fingerstyle and blues guitar as well as film/video game scores like Star Wars and Skyrim. In my spare time I like to read books on apologetics and theology.

Education
2018-2022 Chemistry (MChem) student at the University of Edinburgh, Scotland
Research Interests
Organic synthesis, Medicinal chemistry, Supramolecular catalysis
Who am I?
Outside of work I enjoy online video games and getting lost in audio books, most recently the Dune saga and The Lord of the Rings. For sports in the winter I enjoy swimming and when it is sunny I am keen on kayaking and tennis. In the evenings I particularly like pub games such as pool and recently shuffleboard, as well as defending my crown as (undisputed) board game champion of the lab. 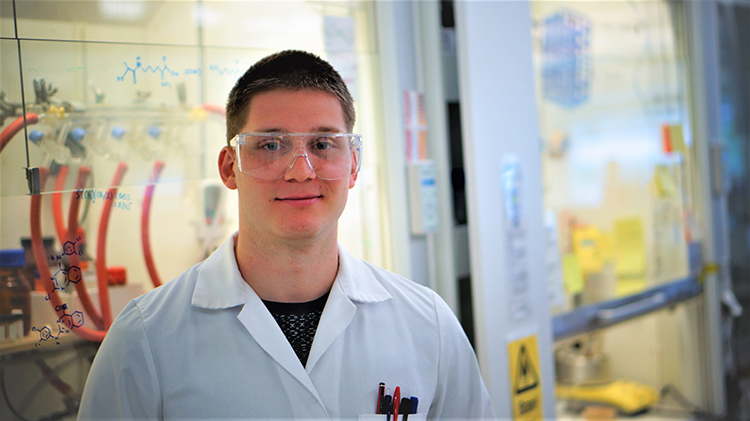 Florian is a collaborative Research Assistant at the Interface of the Elsässer Lab and the Chemistry Team of the Helleday Lab
Education
2016 – 2019 Bachelor Programme in Chemistry at the University of Vienna, Austria
2019 – 2021 Joint Master Programme Molecular Techniques in Life Science at KTH Royal Institute of Technology, Karolinska Institutet and Stockholms Universitet, Sweden
Since 2021 Master Programme in Organic Chemistry at Stockholms Universitet, Sweden
Research Interest
Organic Synthesis, Medicinal Chemistry, Chemical Biology
Who am I?
Outside of the lab, you can find me on the sports courts and ice rinks around Stockholm playing rugby, football or hockey. I am a history enthusiast and enjoy reading everything about it that I can get into my hands. Still figuring out how to unite my passion for chemistry and history. Bound for creating the next hit perfume out of our lab. 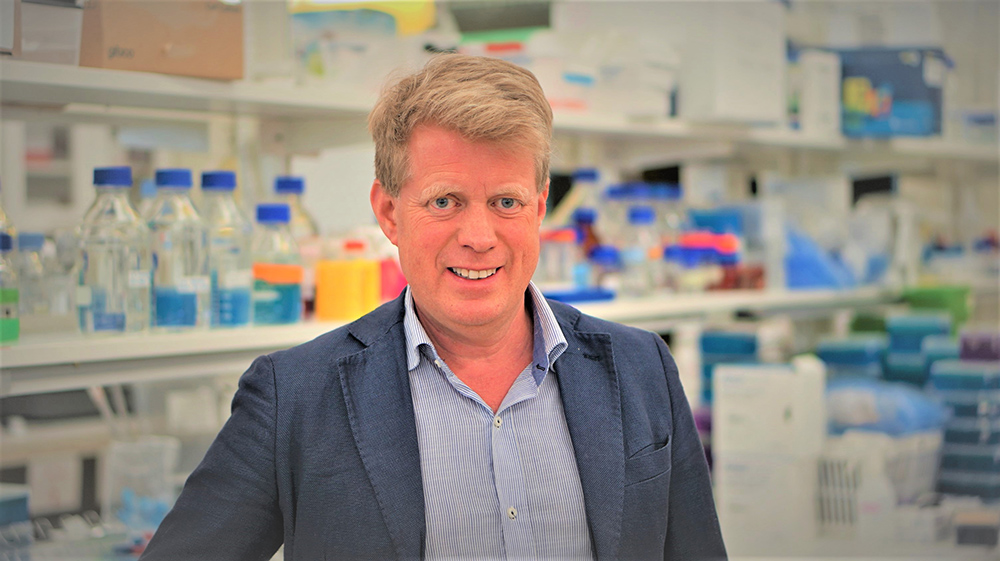 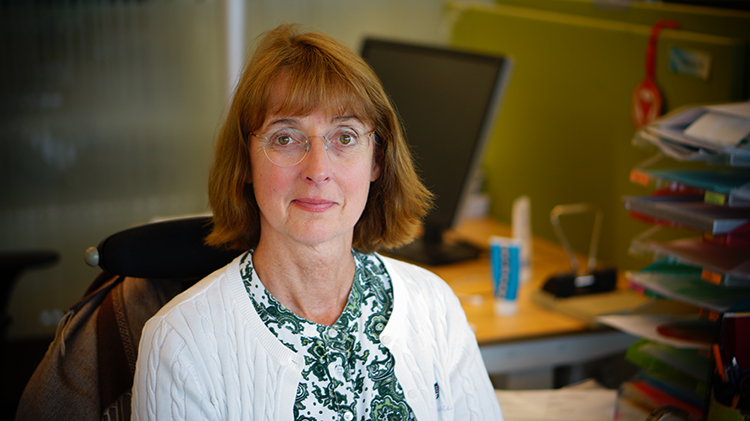 Education
Bachelor of Science in Biochemistry, Uppsala University
Who am I?
I enjoy traveling, hiking, gardening, reading books and most of all spending time with family and friends! 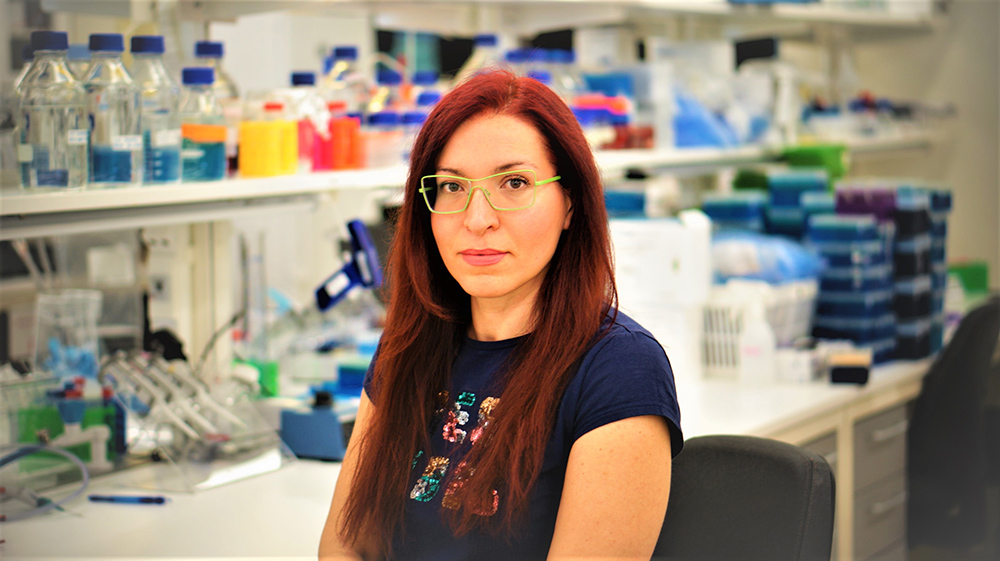 Education
2001-2006 Bachelor’s degree, Department of International & European Economic Studies, Athens University of Economics and Business
2015-2017 Master of Medical Science in Public Health with a Major in Medical Management, Health Economics and Policy, Karolinska Institutet
Who am I?

Want to know more about our research?